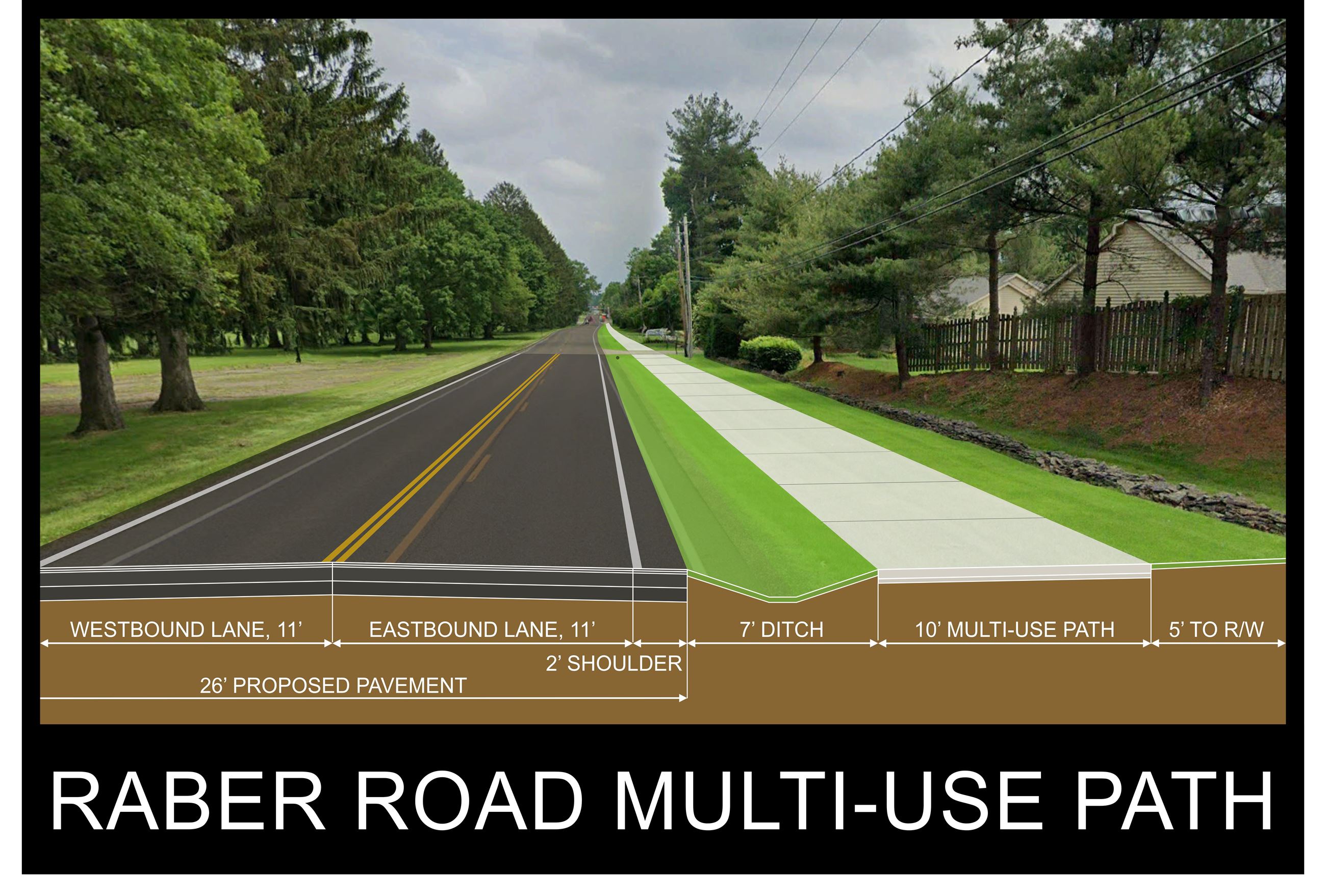 In 2002 Raber Road was widened to handle future projected traffic growth. As a result of the construction of the Chapel, an opportunity became available for sidewalk to be added to the scope of the project since the Chapel had the space and had plans to build a publicly open trail around their property.  At the time it was predicted that Massillon Road would eventually have sidewalks and Avanti Lane was the nearest neighborhood to the east. Thus it was determined that the sidewalk should continue to Massillon Road to the west and Avanti Lane to the east. Later it was brought to the City's attention that those on Troon drive also had an interest in having safe access to this network. Thus the sidewalk was further expanded to the east. After seeing so much success, and recognizing the current demand for a safe connection, the City applied to AMATS in 2013. The City was awarded federal funding in 2014 for the current project.

The purpose of this project is to improve current pedestrian mobility, safety and accessibility.

The current segment of Raber Road between Troon Drive and Mayfair Road does not have any existing pedestrian facilities. There has been an expressed desire from residents for connectivity to the existing sidewalk and trail network.

The current plan is to build a 10-foot multi-purpose path along the south side of Raber Road between Troon Drive and Mayfair Road. This project requires shifting a portion of Raber Road to match the centerline of the existing street Right of Way to allow for the construction of the shared-use path.